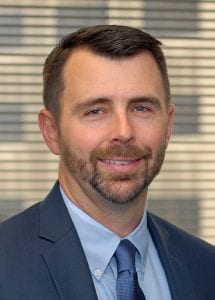 Our society places a high value on perseverance, especially in professional pursuits. The movers and shakers of the business world often point toward the metaphor of the stonecutter persistently chipping away at a rock until it finally cracks open. However, with some tasks, there’s a certain point at which you need to put down your hammer and chisel or pick up another tool — not to give up, but to find a more productive outlet for your energy. Otherwise, you’re engaging in what many define as insanity, expecting success while simply repeating the same fruitless act.

In certain processes, perseverance should give way to innovation. Take note here, business leaders! Rather than a setback, “failure” could be a step forward — if you’re willing to embrace a change in direction on the path to your future. Some have also described “failure” as simply the stepping stone to success.

Innovation found: Look at how Spencer Silver stumbled upon the invention of Post-It Notes. During his time as a researcher at 3M, Silver was trying to create a form of permanent adhesive for airplanes, but he ended up producing a much weaker glue that easily peeled off. Silver’s determination to turn this failure into a success eventually led to the substance being used on those colorful pieces of paper we now love sticking to our desks and bulletin boards or using as bookmarks, labels, etc.

Rather than waiting on the permanent adhesive to work out, Silver failed forward and put an idea into action. Think about how director Steven Spielberg pushed forward when the mechanical shark malfunctioned during the production of Jaws. Or how Milton Hershey bankrupted two businesses before he took a third swing and made his name synonymous with chocolate.

These successful innovators didn’t go it alone either. They weren’t afraid to let collaborators see them at their most vulnerable. Again, look at Spielberg, who depended on composer John Williams to make Jaws’ shark scary through musical cues when he didn’t have footage of the actual creature. Don’t be afraid to lean on your team!

For a more recent example of innovation in the face of adversity, look at fast-food restaurants using self-order kiosks to combat labor shortages. That is just one of many challenges we currently face in the workforce. In this period of high inflation, supply chain disruptions, a possible recession, etc., it’s time for business leaders to be innovative and to encourage those around them to embrace that mindset as well.

As one of the world’s most famous and successful innovators, Steve Jobs, told us, “Think different.”

As business leaders, we also need to think long-term, hopeful for the quick-fix, but realize significant permanent progress is earned through hard work, perseverance and a commitment to a vision — with a dedicated team around you!

If we can assist you further with your personal or business affairs, please contact Eric Woodruff at (317) 613-7850 or email ewoodruff@sponselcpagroup.com.