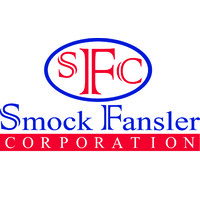 Now celebrating its centennial, Smock Fansler Corporation has contributed greatly to the growth of Indianapolis. Founded by Kenneth Smock in 1921, the company started as a small trucking and excavating operation and evolved into a full-service general contractor responsible for constructing and renovating many of the city’s landmark buildings and structures, such as the Sunken Garden at Garfield Park, the Glick Peace Walk, the Ruins at Holliday Park, the Taggart Memorial Amphitheater, and the Komodo Dragon Exhibit at the Indianapolis Zoo.

“Kenneth Smock Excavating built most of the levees in Central Indiana, did excavating during the construction of the City-County Building, hauled cinders for Indianapolis Power and Light,” said President Thomas Fansler III. “It’s grown a lot from there and since my father took over operations.”

Fansler III’s father, Thomas Fansler Jr., went to work for the company in 1967 and ended up purchasing it within six months on the job, owning his own business at the tender age of 29. He steered the company toward the services it provides today. And he quickly established it as a family business, letting his sons work alongside him during the summers and after school.

“I think the first time I helped estimate a project with my father, I was 12,” Fansler III said with a chuckle.

Fansler III has loved the company ever since, taking pride in such award-winning projects as the White River State Park Visitors Center, the Central Indiana Riverfront and the JW Marriott Art Plaza.

“Our bread and butter is building places people want to be,” he said. “We love making a positive difference in people’s experiences. We build projects as if we’re building them for ourselves.”

Fansler III attributes the company’s longevity to its close-knitted employee and client relationships.

“We think of ourselves as one big family, and we’re all dedicated to doing the right thing for each employee, customer and project,” he said.

Smock Fansler now has three generations of leadership, with Fansler III’s son — Tom Fansler IV — and his brother David’s son — David Fansler, Jr. — stepping into roles as leaders and proving to be instrumental in the growth of the business.

The company considers Sponsel CPA Group part of its family as well. In fact, Smock Fansler was one of the firm’s first clients, and Sponsel CPA Group currently helps with its budgeting, tax preparation, strategy reviews and family succession planning, among other things.

“Tom Sponsel has so many well-vetted contacts,” Fansler III said. “If we need to connect with a specialized individual in a particular area, Tom does a fantastic job of finding the right fit for our company. But what I love most about Sponsel CPA Group is that they treat us like they’re a part of who we are. The same level of care we provide to our customers is what they give to us.”