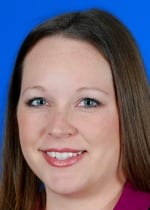 The new tax law signed by the president at the end of last year included some significant changes to 529 plans that taxpayers need to know.

It’s important to be aware that there is a limit to how much of a distribution can be taken from a 529 plan for elementary and secondary tuition expenses. The amount of cash distributions from all 529 plans per single beneficiary during any tax year can’t, when combined, include more than $10,000 for elementary school and secondary school tuition incurred during the tax year.

In addition to the federal tax law, Indiana also made changes to its 529 plan program that taxpayers need to keep in mind, especially those claiming an Indiana tax credit for 529 plan contributions.

In May 2018, Indiana amended its code to create a tax credit for those saving tuition expenses in connection with enrollment or attendance at an elementary or secondary public, private or religious school located in Indiana (K-12 tuition).

If you have any questions about how the new 529 plan changes will impact you, please call Liz Belcher at (317) 613-7846 or e-mail lbelcher@sponselcpagroup.com.

At Sponsel CPA Group, we are keenly aware of the impact of the coronavirus (COVID-19) and have created a resource center with important information. View Resources